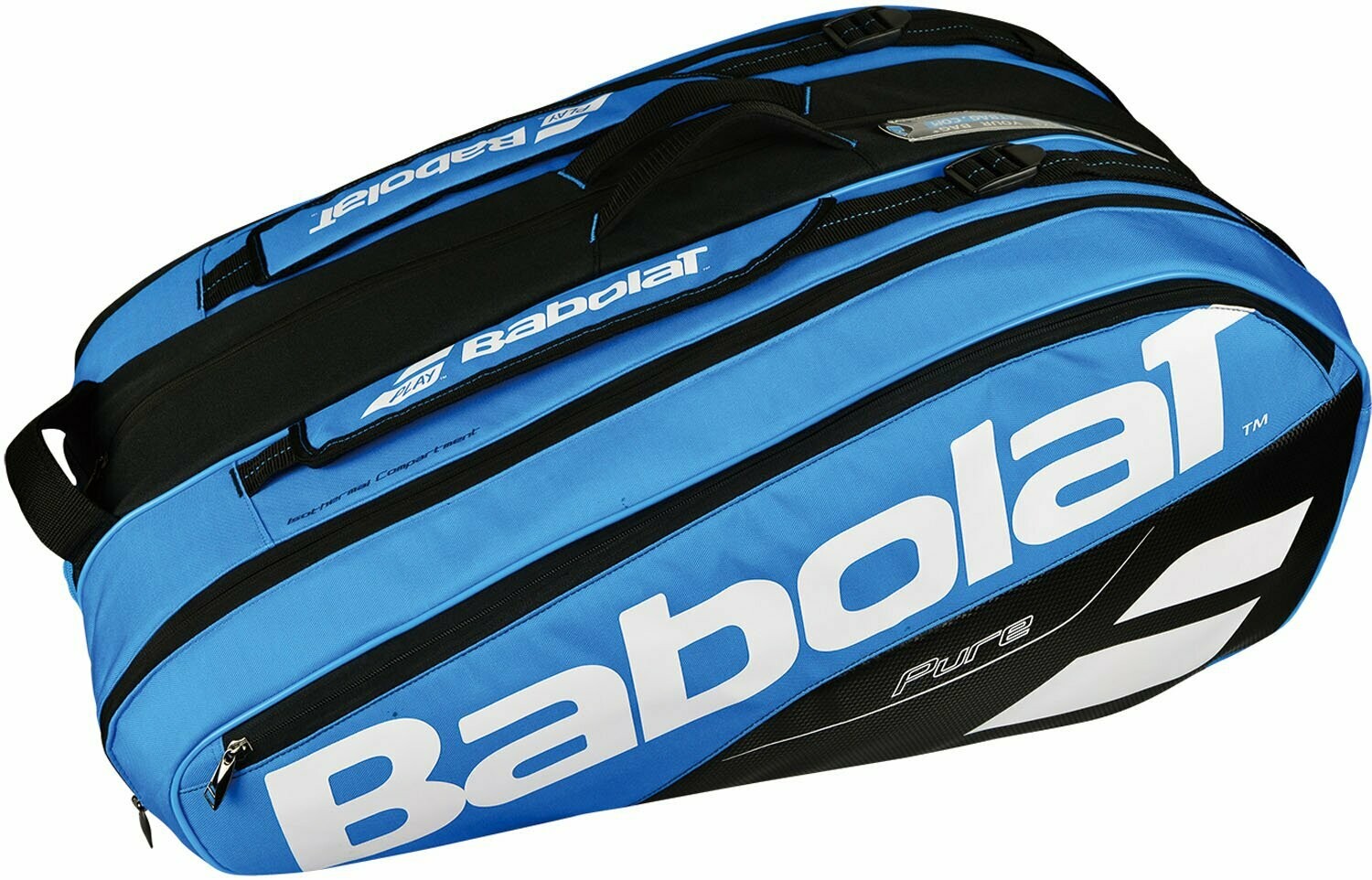 Bright and cheerful bags for carrying everything you need to the court! Babolat is a French tennis, badminton, and squash equipment company, headquartered in lyon, best known for its high quality strings, tennis racquets and tennis accessories which are used by several top players. The company has made strings since 1875, when pierre Babolat created the first strings made of natural gut. Babolat continued to focus on strings until 1994, when it became a "total tennis" company, producing also racquet frames and selling them in Europe. It then expanded sales to japan, and later to the USA in 2000. Sales of Babolat racquets increased rapidly in north America, Europe and Asia. Babolat is also a pioneer in connected sport technology and launched a connected tennis racquet in 2014 and a connected wrist-worn tennis wearable with piq in 2015. Right now product line of Babolat includes racquets, strings, accessories, balls, bags etc. Which are having huge global demand because of its high quality and performance.