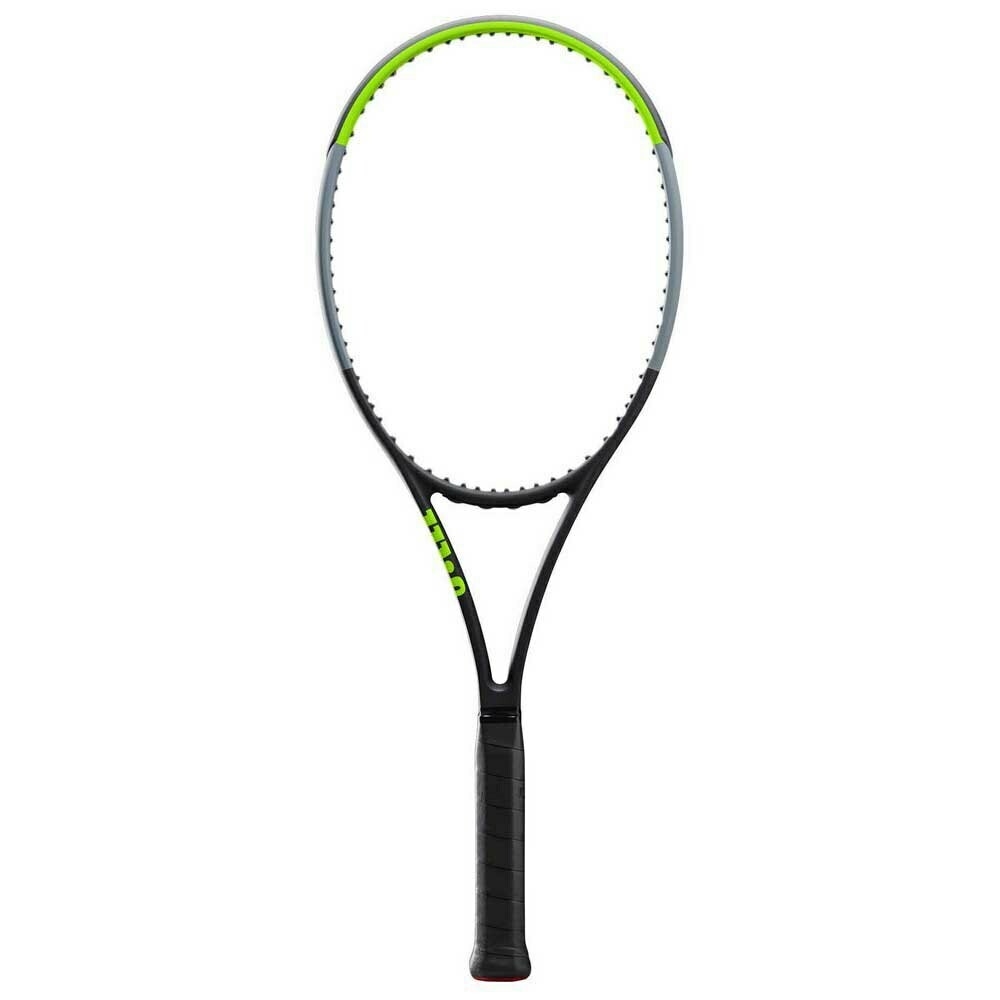 With the 2019 update to the Blade 98 (16x19), Wilson doubles down on the outstanding feel for which the Blade series is known. Like the previous generation, this racquet combines the same elegant cosmetic and velvety paint finish that was originally launched with Federer's Pro Staff RF97 Autograph. Although it has a speedier more headlight balance than the previous generation, this racquet packs a beefy 325+ RDC swingweight, giving it plenty of plow through and mass-based pop. In addition to its classic straight beam and buttery 62RA stiffness, the Blade 98 (16x19) benefits from a technology called FeelFlex, which uses Carbon Mapping to add torsional stability while also helping the racquet bend in ways that compliment the explosive mechanics of the modern game. For this generation, Wilson adds a longer grip taper to the handle, resulting in easier hand positioning for players with two-handed backhands. From the baseline, this stick feels outstanding at ball impact, with greater pocketing and more detailed feedback than you get from a typical modern player's racquet. Aggressive ball strikers will find effective power on full swings, along with the needed control and spin to target the lines. At net, the Blade 98 (16x19) feels fast for the weight. Block volleys come off the racquet with decent pop and there is enough touch for sharp angles and malicious droppers. Players who can get this stick moving fast will find enough pace and spin on serve to force some weak replies, and there's just enough mass on service returns to comfortably redirect higher levels of pace. Ultimately, this update to the Blade 98 (16x19) is a solid addition to one of the game's great racquet franchises. Players looking for a classic feeling Blade with some modern spin and power should be right at home with this very impressive update.