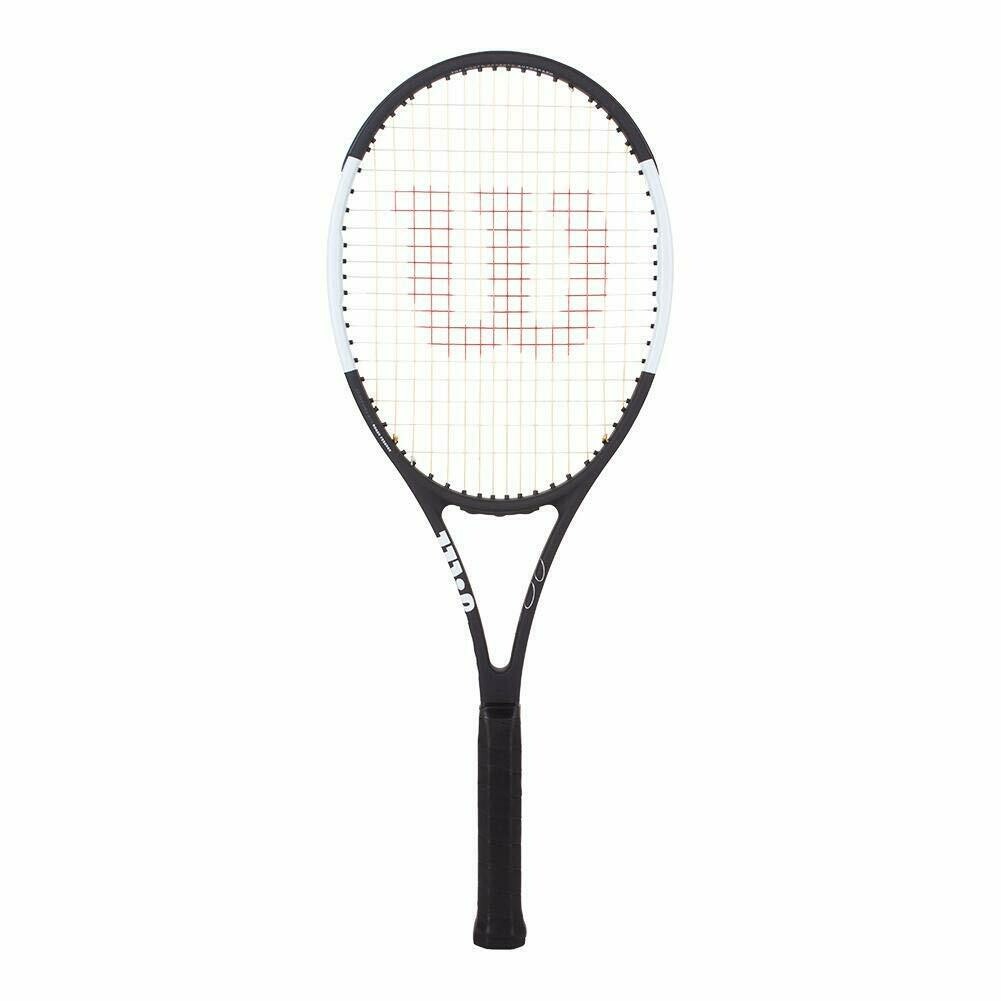 For 2018, Wilson adds a new look to the legendary Pro Staff RF97 Autograph - a racquet specially engineered for Roger Federer, the man who helped design it. Boasting the same specs and playability as the previous generation, this update is distinguished by its bold and elegant simplicity. In addition to Federer's laser engraved signature, it features a black and white tuxedo cosmetic. It also has the same matte finish and velvety texture as the previous version. The 2018 RF97 Autograph deploys Wilson’s timeless Pro Staff formula, including a braided graphite layup, headlight balance, thin beam and Perimeter Weighting System. Toss in a thin leather grip and the result is a truly classic feel. Unlike the iconic 6.0 85, this modern Pro Staff has a slightly wider, more angular beam, giving it a decidedly more powerful delivery than most traditional player's racquets. At 12.6 ounces strung, Federer’s Pro Staff is loaded with plow-through and stability, allowing you to redirect heavy pace with impressive ease. It also delivers a high level of precision on full cuts, with some genuine put-away power for the attacking player. Thanks to its headlight balance (9 points!), the RF97 feels surprisingly fast for its 12 plus ounces - a feature that will give topspin players the kind of whippy and explosive acceleration that makes for big spin. On volleys, the RF 97 is not only unfazed by heavy pace, but it possesses enough feel to drop the ball on a dime. With this update to the Pro Staff RF97 Autograph, Wilson and Federer have created yet another instant classic. Experienced players looking for a surgical weapon with great feel should give this one a serious look.