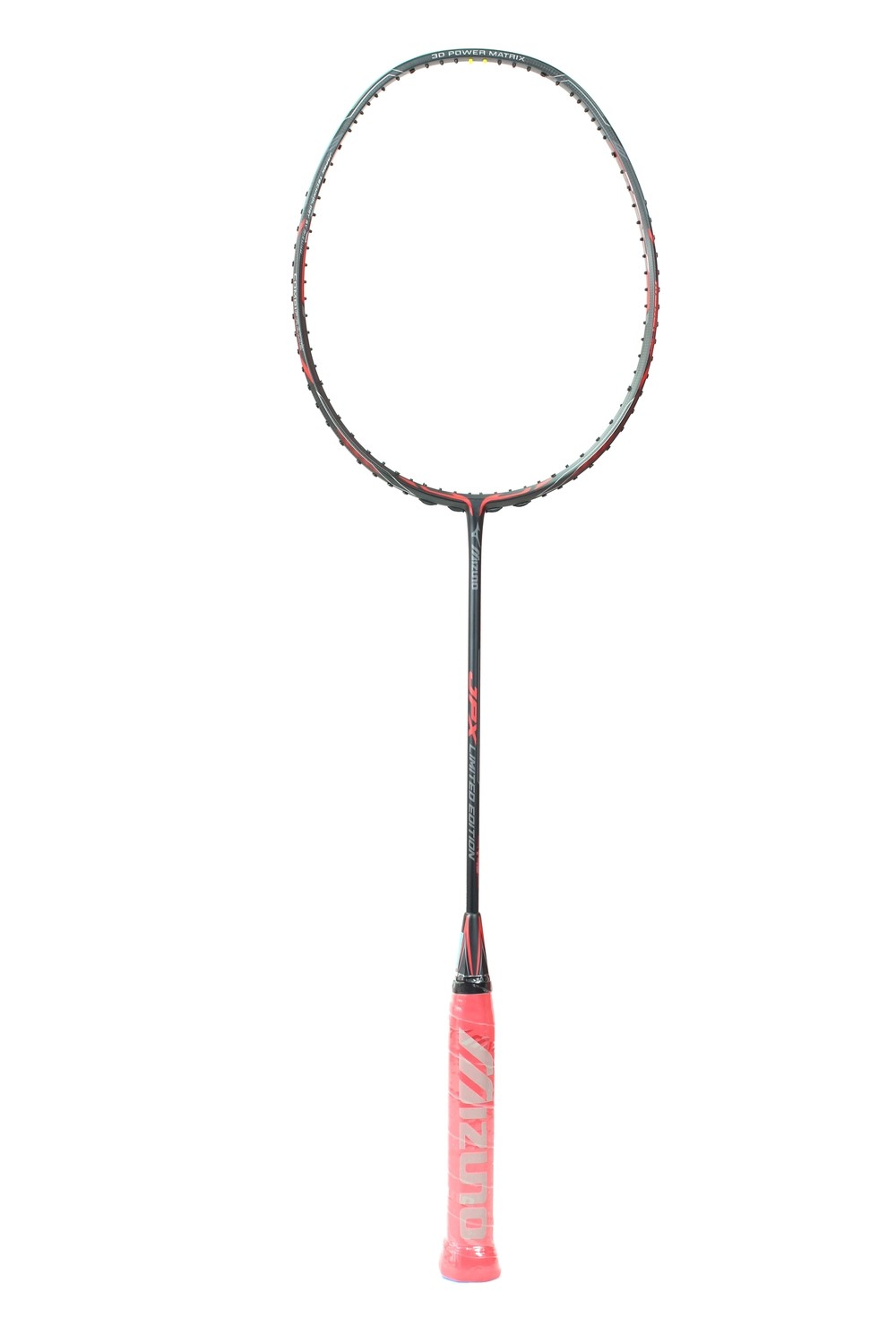 The Limited Edition model from the JPX Collection is a revolutionary design that fuses the key elements of Power and Speed. Due to the CombiFrame design, the initial flexing of the frame generates a greater head speed, whilst the tenacy of the 3D Power Matrix and Box Frame design at the top of the frame generates power producing a massive amount of energy that converts the racquet into the ultimate Speed and Power weapon.

The unique manufacturing process of interlinking and overlapping composite fibres that are woven over the frame creates a high resilient design. This seamless construction evenly dissipates the pressure that a racquet receives during aggressive play protects the underlying structure of the frame.

The graphite sheets are heated at a higher temperature to further eliminate the impurities during the initial manufacturing process. This results in a smoother more consistent coating that not only strengthens the frame but enhances the aerodynamics of the graphite thus increasing the racquets velocity.

The CombiFrame infuses two distinctive features resulting in a uniquely versatile frame. Contouring from an Aero Hexagram frame starting at the bridge to a Box Frame from the middle to the top of the racquet. This combination generates highly explosive head speed, extreme power and unswerving control.

The Rapid Response System is an innovative technology aimed at delivering explosive power with every shot. By carefully calibrating the kick-point on the shaft, a moderate snapping back and a quick spring back creates a faster and more accurate smash.

The shaft is constructed using ‘Nano PEF’ (Nano Polyethylene Fibre) which is light enough to float on water yet able to withstand immerse forces. These characteristics allow for maximum shock absorption. 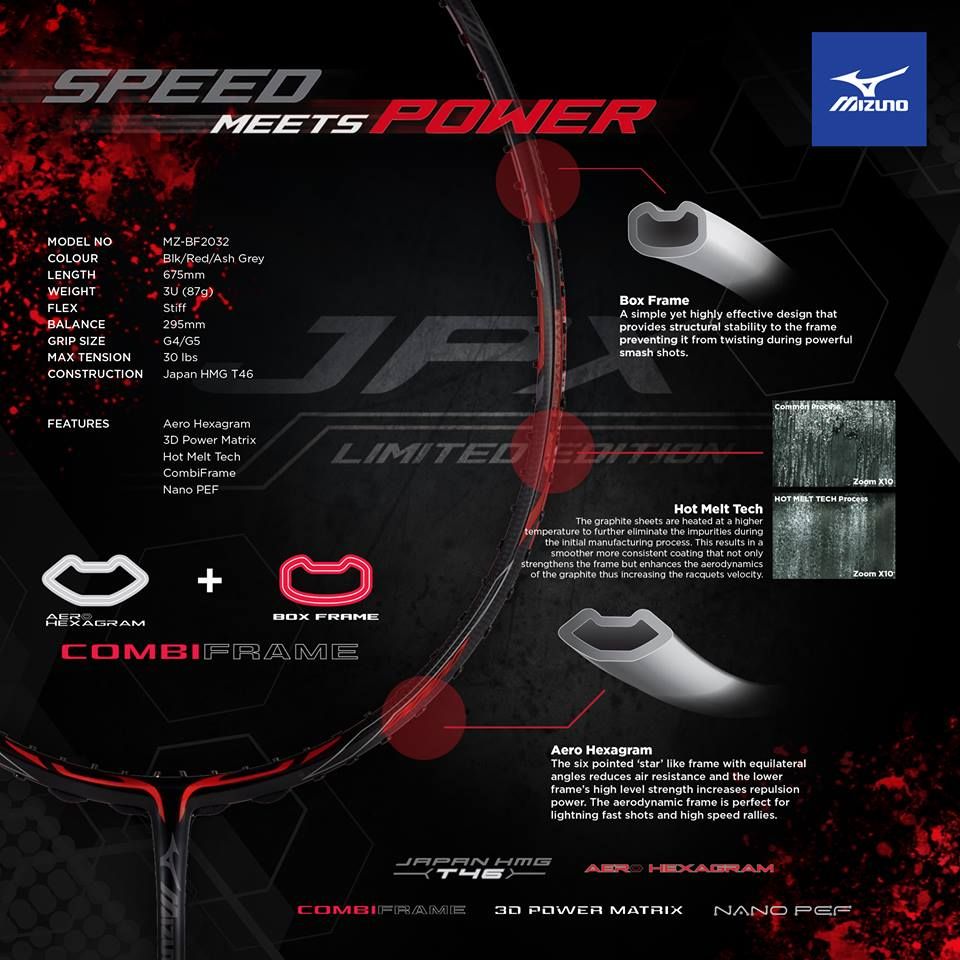